Good afternoon Lisa, just wanted to send a BIGGG thank you to you and your team for helping
Charlton with this ingrown toenail! You’ve done a fantastic job and we are all soooo pleased!

As you know Charlton is an NCAA soccer player who goes to university in upstate New York. As a kid who’s played soccer all his life he has typical soccer feet! He’s had issues with ingrown toe nails for some time now! Over the last two seasons of soccer in Toronto, we made at least two visits to the podiatrist. With his sterile stainless steel instruments, he’d skillfully lift the big toe nail from where it was biting into the bed of his toe and would deftly remove the offending points. Pain for a few days but we’d know we were good for another couple of months.

At university we discovered there was no podiatrist close to campus; however, he had a trainer who has treated many athletes with ingrown nails. The process was simple – use a device to maneuver some cotton under both sides of the nail. Shove it under and give it a day or so and then go in and clip the offending points. This is how they treated his ingrown toe nail last Fall.
This Fall by time he went it to the trainer, the nail was deeply imbedded in flesh at the side of his big toe. The trainer made it clear the they could not help at school and suggested he go to the local hospital for them to cut it out. We’ve had some experiences with the local hospital so we cringed at the thought of them working on his toe. We found a local podiatrist but he wasn’t available until for 4 days, we quickly checked in the Ottawa area and were fortunate to find you on the net. We checked you called and you made an appointment to see him right away.

We came in not knowing what to expect – in fact we were a little confused because your clinic doesn’t use any freezing! I was wondering how do you and your team dig out an imbedded toenail without first numbing the thing???? We came prepared!!!! Sandals, and a tube of numbing cream smeared all over his big toe!!!!
You were very professional….commented on how much cream I put on his toe and only made a few comments as you used a bunch of towels to cleanup the mess I had made. You trimmed the nail a little and cut some dead skin from the side of his toes…and then you glued this “appliance” think on his toe. You said that this appliance would gently lift the nail from out of his flesh and would train his toenail to grow properly.

Not saying we were skeptical or anything….we just didn’t know any other way of getting rid of ingrown toenails without the painful and bloody digging and clipping.

Your “appliance” worked like a charm! 1 month later and his toe is perfect. No pain, no swelling, he can pound the ball without worrying. This appliance is still attached to the nail and is doing a great job. I only wished we had found you earlier, it would have saved much pain, digging and blood!

If I have to complain about something….its the fact that you painted my boys toe with purple nail polish!!!!! It just doesn’t fit the macho dreadlock image he’s sporting!

You are the best! Thank you every so much. I will be bringing my toes to you for training! 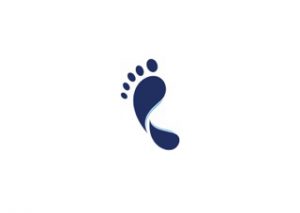